FRoSTA: “HEROSE was a quantum leap for us”

After years of problems, FRoSTA AG decided on HEROSE globe valves – and is very satisfied with them

A report from Bremerhaven, the headquarters of Germany’s largest producer of frozen foods.

Complaints are always frustrating, so at first nobody was very pleased when Andreas Linke from FRoSTA AG in Bremerhaven phoned to complain that the gland packing of a pneumatically operated HEROSE globe valve was defective. However, the mood changed considerably, when we heard how old the defective valve was and how many cycles it had performed without fault: The DN 25 globe valve was one of eight, which were delivered to FRoSTA AG in 2009 – and the component in question had performed about one million opening and closing cycles – 500 times more than intended!

With a market share of about 25 percent, FRoSTA AG is the market leader in frozen foods in Germany, with the main focus on fish, ready meals and vegetables. The company headquarters is located The group has its origins in the Nordstern AG, which was founded in 1905. 58 percent of the shares are held by the founder Dirk Ahlers and his family. The FRoSTA brand is also represented in Austria, Switzerland, Italy, Poland and in the fishing port in Bremerhaven. Hungary as well as in many other Eastern and Central European countries.

Since the beginning of 2003, FRoSTA has produced its frozen foods according to the “Original FRoSTA Purity Law”: Since then, all products are produced without additives such as colouring agents, aromas, flavour enhancers, emulsifiers, stabilisers, chemically modified starches and hardened fats. As well as this, butter is used instead of margarine, traditional cheese instead of processed cheese and on principle, the fish is obtained from sustainable fishery. After the excellent sales in the previous years, this quality change and the associated increase in the price of the products caused a considerable reduction in sales and profits. However, the group has retained its policy to the present day.

A visit to the Bremerhaven factory. For 15 years, Andreas Linke has been responsible for the field of cooling technology and energy, “for everything which is not concerned with electricity”. His responsibilities also include five Linde tanks, which are filled with liquid nitrogen, at a temperature of –196°C. At FRoSTA, there is an enormous demand for nitrogen: “We use about 30 tons every day”, says Andreas Linke. This makes sense: In the production of the frozen foods, the cooling chain must never be interrupted. An important ingredient of ready meals is the sauce, which at FRoSTA is shock-frozen in so-called tumblers. For this, liquid nitrogen is injected into the containers at regular intervals – a process which is carried out by the HEROSE globe valves which have already been mentioned.

When Andreas Linke hears the name HEROSE, his face becomes even more friendly than normal. There is a good reason for this: “We tried everything. Solenoid valves, ball valves – nothing worked”, he remembers. “We were always having expensive production failures, the plant manager was on our backs – it was a drama. We experimented for six or seven years without success, before Linde gave us the decisive hint: try HEROSE.” In 2009 FRoSTA ordered eight valves for the tumbler department in Bad Oldesloe – and since then, the nitrogen injection has worked perfectly. Since then, the name HEROSE has had an excellent reputation for Andreas Linke and his colleagues. “The change was a quantum leap!”

FRoSTA has four factories for the production of deep frozen products: Frozen fish products have been produced in Bremerhaven since 1962. Fruit and vegetable products were later additions and the 1980s saw the start of production of frozen ready meals. The Rheintal factory is near Worms. Surrounded by vegetable and herb fields, this factory specialises in the processing of freshly harvested spinach, cabbage and a wide range of herbs. It is also the home of the FRoSTA bakery, which produces various dough products. The third factory in Germany, in Elbtal, is also located in one of the best vegetable-growing areas of Germany: the “Lommatzcher Pflege”, near Meissen (Saxony). Since 1999, the Bydgoszez factory in Poland belongs to FRoSTA AG. This factory mainly produced deep frozen fish products for the Eastern European market. As well as its own brands, which are also available in the online shop, FRoSTA AG also produces retail and wholesale customer brands and sells these in Germany and abroad.

Incidentally: After the complaint, Andreas Linke received two repair sets for the valves. It will be interesting to see when the second is needed … 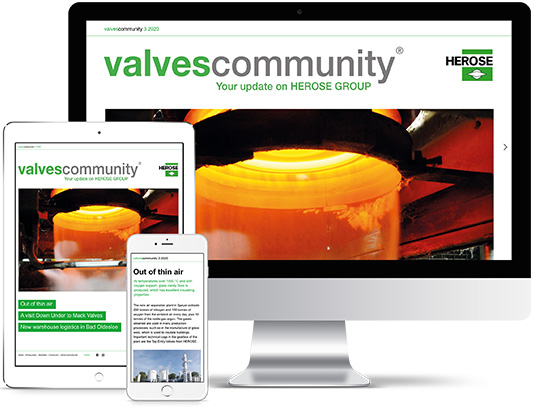